Freeze Sauces and Herbs In Ice Cube Trays – Do You Bake
As seen in: 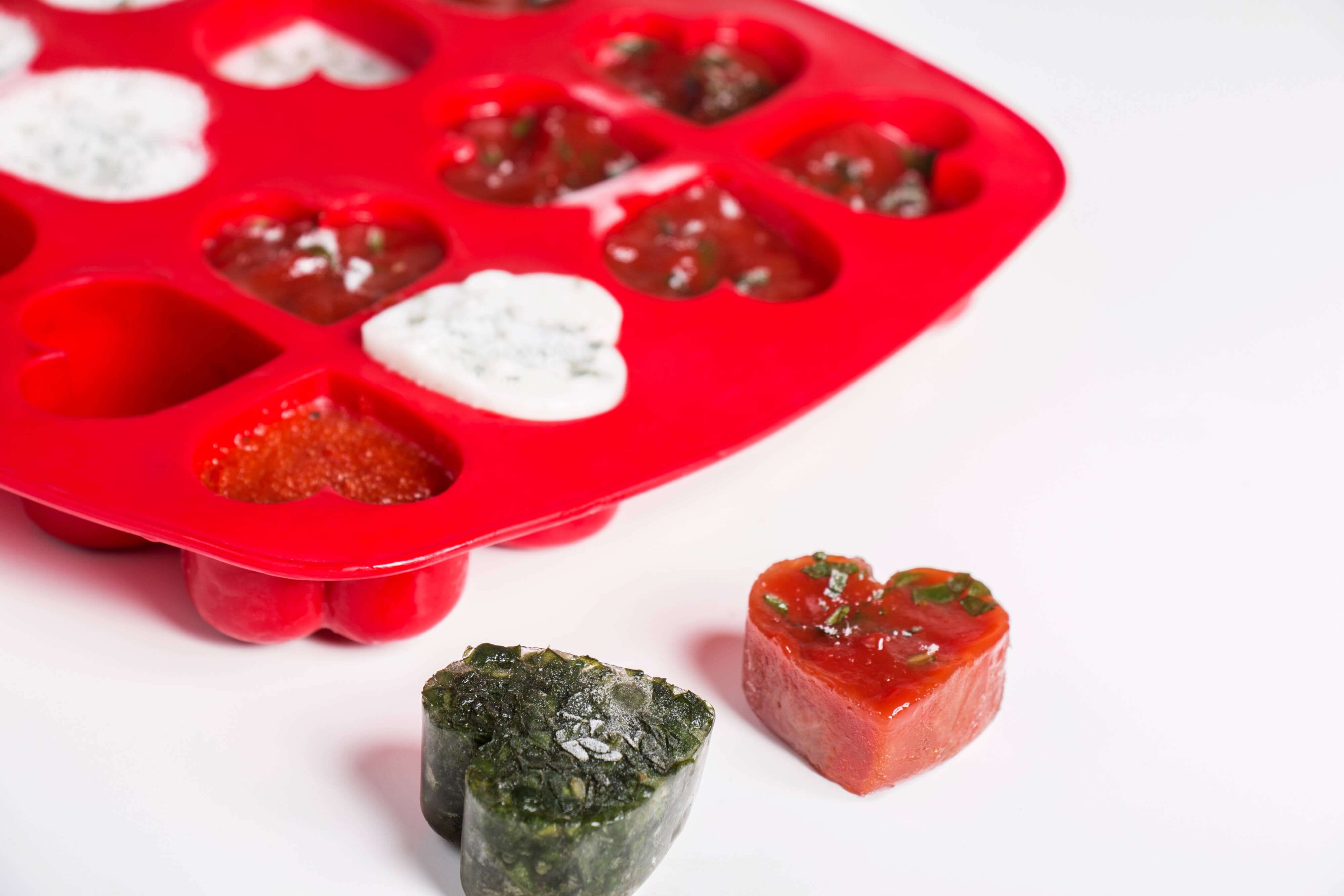 During the fall and winter season we often find ourselves making, creating and cooking delicious meals that involve YUMMY homemade sauces. More often than not, we have a bunch of sauce leftovers and we just hate to throw them away.  Ice cube trays are perfect for freezing small sauce portions for later use. Use different size and shaped ice cube trays for different portion sizes. This quick kitchen trick is also very useful for even canned sauces (tomato, soups) where you open and use only a portion but would like to save the leftover unused portion for a future meal.

Simply pop the frozen sauces out of the trays and toss in a zip-top bag for later use. Remove from freezer and thaw in your next homemade kitchen adventure.